The wonderful truth about Santa

The wonderful truth about Santa

When I was a child, Santa always left a stuffed animal in my big Christmas stocking while I was sleeping on Christmas Eve. He also left a bunch of snacks like peanut butter cookies and hardtack with star candies that I know Korean military men would love. Although I didn’t like those snacks, I always adored the stuffed animals I got. I always hugged them tightly and brought them everywhere I went.

When I was a child my family struggled financially, so Christmas and birthdays were almost the only days I received a gift. Seeing my parents argue because of finances, I thought that if I helped them save money, my family could be happier. I believed that if I asked Santa for the gift I really wanted, my parents wouldn’t have to buy me anything. I believed Santa was a rich guy who could afford Christmas presents for all the children in the world. When Christmas approached, I prayed every night before going to sleep.

“God, I want to have a big toy such as a kitchen play or princess play set for a Christmas gift. I know you’re a friend with Santa, so please tell him I’m a good kid. I pray in the name of Jesus, Buddha, Allah, Amen.”

There is no official national religion in Korea. As a kid, I figured praying to all kinds of powerful gods would increase my chances of getting answers.

Before Christmas Eve, my teacher announced the surprising news that Santa would be visiting our kindergarten class. I was really surprised and truly believed somebody answered my prayer!

Santa with a rich and purely white beard finally came to our class on Christmas Eve, and he looked exactly like I imagined. The huge bag he brought must have contained one of the gifts I had asked for, I told myself excitedly. Santa started calling our names one by one to give us presents. My teacher tried to calm me down and told me to sit and wait my turn, but when I saw the gifts wrapped in pretty wrapping paper, I kept standing with excitement until my name was called.

‘Which one is mine? Is that big one my kitchen play toy? Or is it the one about the size of a princess play set?’

The big gifts were running out, and Santa still hadn’t called my name.

I started getting nervous and prayed earnestly, “please not the small one on the desk…please!”

Finally, Santa called my name. He picked up the one I was only hoping he wouldn’t and handed it to me.

I was frozen in shock and disappointment. After my kindergarten teacher took a commemorative photo with me and Santa, he immediately started calling other children’s names. He didn’t seem interested in me at all. When I went back to my seat, I opened the gift. It was a small doll I didn’t ask for.

“What did I do wrong?” I said to myself.

I tried to trace back what I had done that year. I took good care of my younger brother. I never complained to go to kindergarten alone in the morning without my parents’ help. I sometimes fought with my sister, but she was too big so I lost to her. The child who received the biggest gift that day was the one who always bullied other children. I couldn’t understand how Santa decided who was naughty or nice. Did I get a small gift because I was a bad kid? I was disappointed and about to explode with sorrow and sadness.

When I got back home, I sullenly laid on the floor. My dad came home earlier than usual and asked if I had a good time with Santa. I nodded quietly.

He took my sister and me out to buy a cake. The thought of eating the cake made me feel good again. As I excitedly ran to the cake shop, I had no choice but to stop in front of the toy shop by our home. Sitting in the window of the shop was a doll that looked exactly like the one I received from Santa.

I tried to understand what the situation was. I remembered the snacks that Santa had always left in my Christmas stocking were all my dad’s favorites. I finally recognized who Santa was, and understood why my gift had to be small.

My dad approached me thinking I couldn’t take my eyes off one of the stuffed animals at the shop. He tried to take me and my sister inside of the shop. I refused and shouted, “I got one from Santa today, so it’s enough!”

When I woke up Christmas morning, I found a stuffed koala bear that was displayed in the toy shop and, of course, the snacks I didn’t like in my Christmas stocking.

“I guess Santa gave you one more gift because you’re a good kid!” my dad said as he took some cookies from my stocking.

“Santa gave me two presents!” I said excitedly to my parents as I hugged my koala. “This is the best Christmas ever!”

But I knew there was no Santa, only two parents who loved me.

Years have passed, and even now, my family spends Christmas together as a family tradition. When I visit my parents’ house, I bring an ice cream cake and a bunch of those snacks that Santa always gave me.

When I was a child, Korea was in the midst of a big financial crisis. My family suffered through some tough times, just like most Koreans did. I can’t imagine how heavy the burden was for my parents, who were raising three children. Now an adult, I can clearly see the love of my parents who struggled to protect the dreams of their children during difficult times. This story may sound like a story of a poor kid, but for me, Christmas is a day full of memories of my parents’ love.

Christmas in Korea may be slightly different from your country, but the important thing is the same: It is a day to express love for your loved ones. 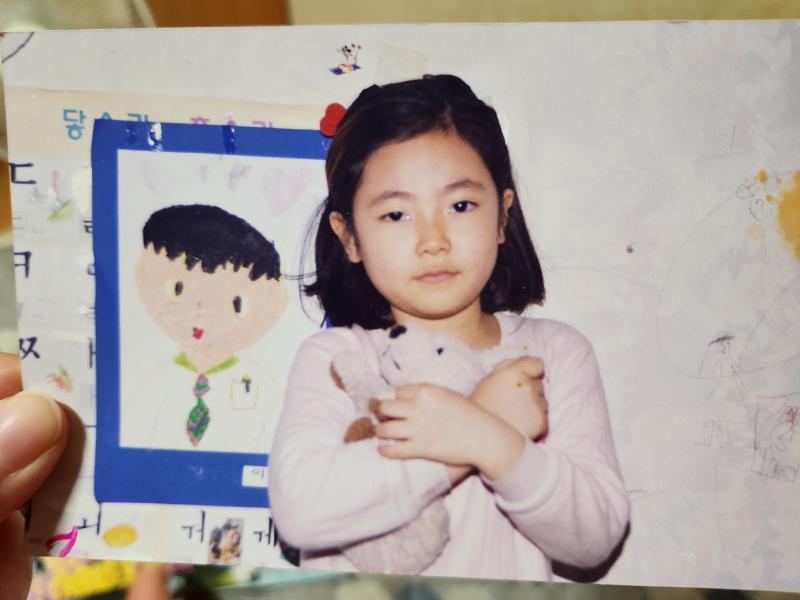 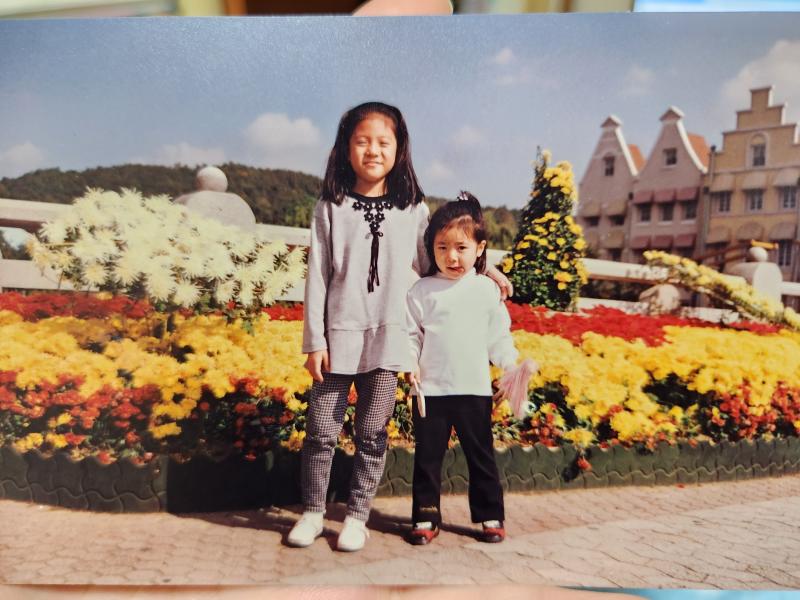 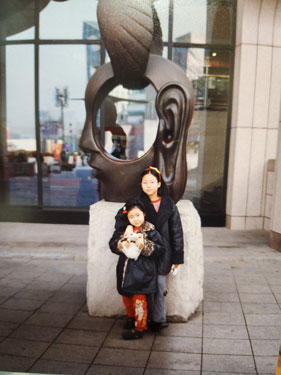 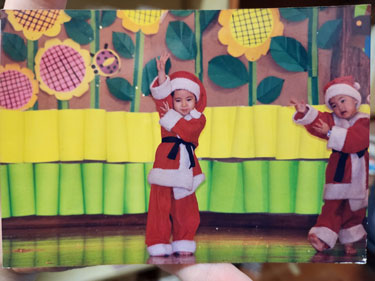 Holiday craft for children: Folding your letter to Santa

There’s a bit of Santa Claus in all of us