Not only Friday! Every day is TGI Fridays on Guam

Not only Friday! Every day is TGI Fridays on Guam

That’s when TGI Fridays opened its first restaurant in New York City, providing authentic American food and a social venue. To date, the restaurant has expanded to 60 countries, including one branch here on Guam. 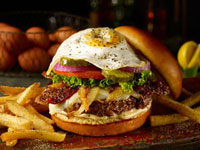 With refreshing appetizers like potato skins and radical wings, and tasty drinks such as Long Island Iced Tea, every visit is made to feel like a Friday.

Guam’s only location is in downtown Tumon, on the first floor of JP Superstore.

“We have great food, fun servers, and talented bartenders,” Aquino said. “We have a bartending competition with the winner going to the Asia-pacific round. The Asia-pacific winner then goes to the world competition.”

TGI Fridays is world famous for their burgers and steaks, and specialize in some local eats as well with the Ebi Katsu Sandwich and Gojuchang Burger. 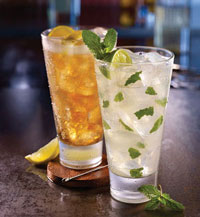 “We have a variety of food selections, and our burgers are bestsellers because of the increased size,” Aquino said. “Mojito, made of rum, is our signature drink.”

On a typical evening, you will find young servers crafting animal balloons, and tourists indulging in burgers and steaks. If you can’t wait for Friday to come, head down to TGI Fridays.

Cuisine:
American
Base:
Andersen Air Force Base
Naval Base Guam

Cooking up some Chamorro-style Chicken ala King