SOMETHING TO CHEW ON: Guam's passion for Pugua

SOMETHING TO CHEW ON: Guam's passion for Pugua

Areca (Betel) nut is the seed of the palm known scientifically as Areca catechu. Betel nut is the fourth most widely used psychoactive substance in the world, following only caffeine, alcohol, and tobacco. These substances act upon the central nervous system to alter brain function, resulting in temporary changes in perception, mood, consciousness and behavior. Over 600 million people chew betel nut worldwide, including Indians, Asians, and Pacific Islanders. In the Mariana Islands, betel nut, or pugua, chewing is a social pastime that extends friendship.

Islanders often chew not only the pugua itself, but betel quid, which is a combination of betel leaf or pupulu, areca nut, slaked lime, and sometimes tobacco. The slaked lime—which is crushed limestone or afok in Chamorro—allows the alkaloid stimulants in areca nut to easily enter the bloodstream, but can cause sores in the mouth with chronic use. The alkaloids in betel nut chewing cause the following sensations: a sense of well-being, euphoria, salivation, a warm sensation, low to moderate sweating and heart palpitations. The widespread use of betel nut is an important cultural and social practice, but frequent use is associated with various health problems.

Although pugua is commonly chewed in Pacific Islands, chewing practices are region-specific, even within the Marianas. Habits associated with chewing betel nut differ between various ethnic groups—Chamorros prefer the ripe red areca nut, the ugam, and swallow it afterward. However, Chuukese, Palauan, and Yapese prefer the unripe areca nut, or “Yapese betel nut”, and spit it out after chewing. Alkaloid levels are highest in the unripe fruits, so they provide a stronger stimulating effect. The strength of individual betel nuts may be a contributing factor to their preference among certain ethnic groups.

Betel nut was not been traditionally grown in Chuuk, as it has been in Guam, Palau, and Yap. Chuukese natives adopted the betel quid chewing habit as a way of socializing with other groups when they migrated to neighboring islands. However, some Chuukese men find the habit to be unladylike and regard chewing to be disrespectful in women. Therefore, Chuukese women who chew betel nut often do so in secret. In contrast, Yapese women chew freely and openly. Among Palauan men, betel quid has been used as a peace-maker, because it is thought to improve the critical thinking process during group meetings. The effects of improved concentration and relaxation have been documented by many users, though why it has these effects in not well understood.

Chamorro, Palauan, and Yapese chewers who have participated in focus groups aimed at quitting betel nut chewing have agreed that chewing promotes socialization, making it more difficult to quit. Admittedly, many new chewers claim to have begun chewing betel nut in order to fit in socially, therefore giving in to peer pressure. In recent years, Non-Chamorro Micronesians (Chuukese, Palauan, and Yapese) have added cardamom and ginger to their betel quid to make their breath smell good and impart additional sweetness or spiciness in the chew. Chamorros have also adopted modern chewing practices by chewing mature nuts occasionally with piper leaf, and offering them while socializing at work or fiestas.

Both Chamorros and Yapese believe that betel quid chewing provides a coating on the teeth that prevents cavities. These beliefs are supported by clinical observations where evidence of dental cavities was low among areca nut/betel quid chewers compared to non-chewers. The constant chewing of the nut assists in removing food and other debris from between the teeth. Also, many chewers use the nut husk as a “toothbrush” to cleanse the mouth after chewing. While chewing betel nut may protect against cavities, the effect on the gums is less favorable and is associated with gum disease.

Betel nut chewing is the leading cause of oral cancer in parts of Asia and the Pacific. In Guam, oral cancer mortality rate among the native Chamorro population is six times higher than that of people in the United States. The major chemical components of betel nut are polyphenols, including tannins and alkaloids. Arecoline, the primary alkaloid, is a psychoactive ingredient which acts as the major stimulant. Betel nut and betel quid chewing impart different health risks depending on the combinations of ingredients used, but are both classified as human carcinogens, specifically linked to oral cancers when used alone and when mixed with tobacco and/or alcohol.

Many epidemiological studies have revealed that frequent use of betel nut is associated with adverse health effects such as oral leukoplakia, white patches that develop in the mouth as a reaction to chronic irritation, and submucous fibrosis, a chronic debilitating disease of the oral cavity characterized by inflammation and the formation of scar tissue in the mouth. Habitual chewers of betel nut also have an increased risk of developing mouth or esophagus cancer, oral submucosal fibrosis, and oral lesions. However, Chamorros exhibit lower rates of oral cancer likely due to their preference of betel nut chewing without the addition of tobacco while high rates among Yapese and Palauans may be partially explained by the habit of adding stimulating ingredients to their betel quid mixtures.

Betel nut brings people of different social backgrounds together as a means of establishing friendship among people in Asia and the Pacific. Betel quid, the combination of betel leaf, areca nut, and slaked lime, is potentially addictive. The psychoactive ingredients in betel nut are associated with euphoria, salivation, a warm sensation, sweating and heart palpitations. Betel nut chewing practices are region-specific; Chamorros prefer the ripe red areca nut—the ugam—and swallow it afterward, while the Chuukese, Palauan, and Yapese prefer the unripe areca nut, or “Yapese betel nut”, and spit it out after chewing. Chronic betel nut chewing can lead to various health implications such as gum inflammation and disease, oral sores, and potentially oral cancer. 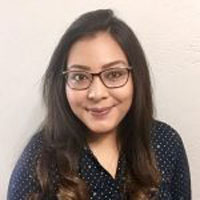 Candice Arceo is a University of Guam graduate with a Bachelor of Science in Biology. She is currently a UOG Graduate student working toward a Master of Science in Environmental Science. She hopes to finish her thesis in 2018 detailing the relationship between Indoor Radon Levels and Thyroid Cancer Incidence and Mortality in Guam. Her interests include environmental and cancer research that pertain to Guam and the Marianas Islands.

The benefits of colorful fruits and vegetables

Relieve some stress by sipping on these tasty cocktails

Guam Cookbook: Dressing up a pig ... or turkey