Age: 35
Years as a military spouse: 11
Service: Navy
Type of business: I own Shining Shores Sea Glass. I make jewelry and art out of locally found sea glass.

How long have you owned your business?

I started my business in 2016, shortly after we moved [to Guam] from Connecticut.

What was your previous occupation?

I was previously an Applied Behavior Analyst therapist for 11 years.

Why did you decide to open your own business?

When we arrived in Guam in September of 2015, I found out that there were no Autism services on the island. I was devastated that I could no longer continue my career.

Heading to the beach and picking up sea glass became a favorite pastime. And I quickly accumulated jars and bins full of sea glass. Needing to figure out what to do with all that sea glass, I used some rogue wire I had lying around from a different project and wire-wrapped a piece and put it on a necklace chain. I showed my friends via Facebook and they all wanted one.

My husband had the idea to sell the jewelry at the night market in Chamorro Village … and after a year of doing night markets and other fairs, I was able to open my own store there … I still catch myself in awe of what I was able to do and still so humbled by the success of this.

What are some of the difficulties military spouses face finding a job or starting a business?

I think military spouses do have a more difficult task of finding a job. Our resumes are long due to the frequent duty station changes, yet, we may feel the “why bother” mentality when trying to job hunt.  I know I felt very discouraged when I couldn’t do what I loved and went to college for.

What are some of challenges you’ve encountered in going out on your own and starting a business?

Not knowing where to start is probably the biggest one, finding the “right” people to tell you what you need to do – the second and after that it should be smooth sailing.

Once I had my grip on things and became comfortable as a business owner, I felt great and have since helped three other spouses start their own businesses.

What advice would you give other military spouses looking to start their own businesses?

My advice to other spouses is that I know the constant moving is scary, stressful, and daunting, but make the best of it. Don’t get stuck in the “I can’t “-mode. Sometimes we must just stop making excuses not to do something. Make nothing into something. Be happy, be you, and that is where you will find your success. 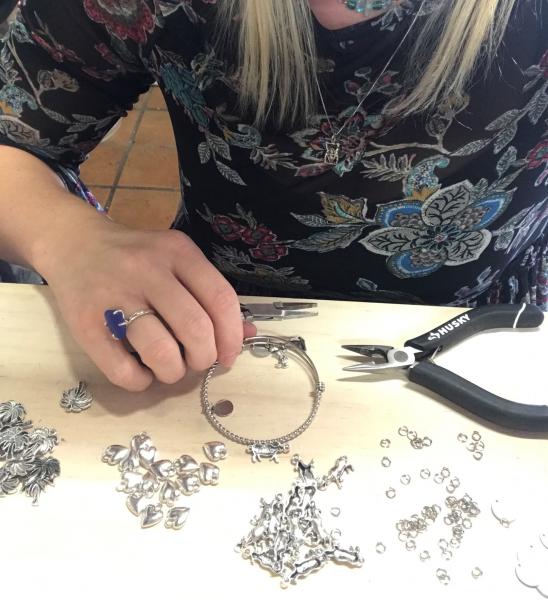 Military spouses on Guam take a leap on entrepreneurship

Military spouses on Guam take a leap on entrepreneurship