Did you know that several of Guam’s villages are named after body parts? This is directly related to one of Guam’s most enduring legends – the legend of Puntan and Fu’una. In this ancient Chamorro story of Creation, Puntan and Fu’una are brother and sister gods who sacrificed their bodies in order to create the universe.

At her brother’s request, Fu'una used her spirit to divide Puntan’s body and use it to create the universe. With his back she made the earth, with his chest she made the sky. One of his eyes became the sun, and the other became the moon. With his eyebrows she made rainbows.

Fu’una admired all they had created, and with her power she made the earth bloom. In her final gift to the world, Fu’una threw her body into the earth and transformed into a towering limestone pillar, from which the first humans emerged.

Because the stone marked the final resting place of the goddess Fu’una, the ancient Chamorro people believed the stone held mystical healing powers. Today, the pillar is known as Fouha Rock (also called Creation Point) and it sits on a secluded bay in the southern village of Umatac.

In addition to Fouha Rock, the legend of Puntan and Fu’una also lives on in these villages that are named after parts of Puntan’s body.

Tiyan is the first and last place almost every visitor to Guam sees, for it’s the area where the Guam International Airport is located. Tiyan takes its name from “tuyan,” the Chamorro word for “stomach.” Dozens of aircraft take off and land on Puntan’s flat stomach every day. 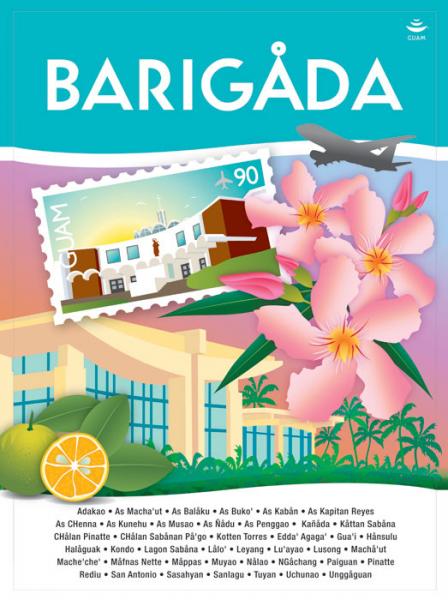 Barrigada takes its name from the Spanish word “barriga” which also means “stomach.” In 1866, during the Spanish era of Guam, the region known for deer hunting was referred to as “Barrigadan Tiyan.” Interestingly, the original Chamorro name for Barrigada was Jalaguac, which comes from “kalaguak,” the Chamorro word that refers to the side portion of the body that runs from the hip to the armpit. Even though the Spanish name Barrigada eventually replaced the original Chamorro name, today you can drive down Jalaguac Street in Barrigada and pay homage to history. 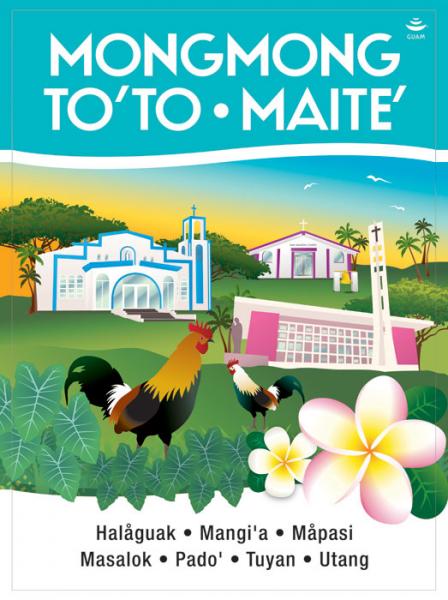 Nearby Barrigada, the three villages of Mongmong, Toto and Maite comprise one municipality.  In Chamorro, to’to means “to lie down or to recline on your back,” so the village of Toto is thought to be Puntan’s back. And while Puntan’s back is in Toto, his heart is in Mongmong because “mongmong” is the Chamorro word that describes the sound of a beating heart. 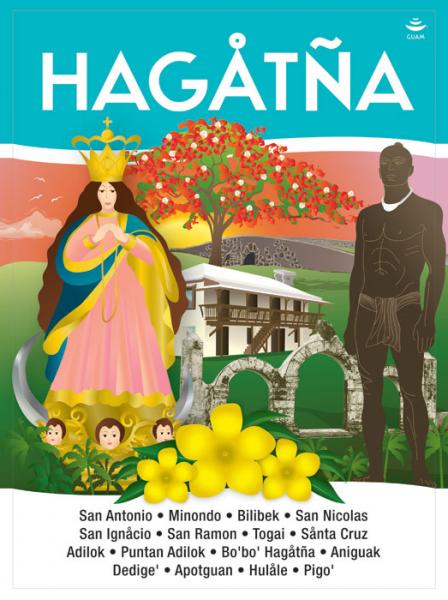 Hagåtña is derived from the word “haga,” the Chamorro word for “blood.” It is widely accepted that this village was named for the bloodlines of the families that established the village, but some historians believe that the village name could be connected to the legendary Puntan, and that the “haga” in Hagåtña refers to Puntan’s blood.

Special thanks to Michael Lujan Bevacqua, Assistant Professor of Chamorro Studies at University of Guam