Come one, come all! Book your tickets now for the Super American Circus at PIC!

Come one, come all! Book your tickets now for the Super American Circus at PIC!

(Tumon, Guam – June 15, 2022) – Pacific Islands Club (PIC) Guam has announced today that tickets are now on sale for the opening of the Super American Circus to begin on July 1. Showtimes, ticket types, and pricing can now be viewed online.

Additionally, there will be a grand opening promotion for the entire month of July where any adult who purchases a ticket with a required, valid resident or military ID will receive one free child’s ticket (ages 3-12). This promotion will start on grand opening day, Friday, July 1, and will end on Sunday, July 31.

“The Super American Circus’s team is busily preparing for the opening night of the circus and are excited to showcase an all-new thrilling show for families and children of all ages,” said Ben Ferguson, General Manager of PIC Guam. “The circus is back on Guam, and we are ready to have some fun!”

The community will have multiple chances to watch the circus’s thrilling performers and jaw-dropping acts under the Pacific Pavilion, located in PIC’s award-winning waterpark. The Super American Circus will regularly host its show on Mondays, Tuesdays, Thursdays, and Fridays at 7:30 p.m. In addition, they will have two shows on Saturdays and Sundays at 4:00 p.m. and 7:30 p.m. Ticket pricing is based on ringside, VIP preferred, and preferred seating types.

Concession items, such as cotton candy and popcorn, face painting, novelty toys, and more will also be available for audiences to enjoy. Opportunities for photo ops and meet and greets with the circus performers will also be offered after each show.

Ferguson added, “The circus is a wholesome experience where we can all be kids again. You’ll have an unforgettable time being entertained by world-class performers while making the best memories in Tumon Bay.”

About The Super American Circus

The Super American Circus all started with its legendary show producer and promotions veteran Tuffy Nicholas. As the son of a ringmaster for the Ringling Brothers Circus, he has been a successful producer and promoter of circuses, concerts, festivals, and sporting events around the world for over 35 years. Since 2000, as president and CEO of Global Entertainment Productions, Mr. Nicholas has produced over 5,000 performances around the world – Moscow State Circus, Modern American Circus, and the International All-Star Circus, to name a few. In 2005, he produced Cirque Hawaii, a multimillion-dollar, state-of-the-art, permanent theatrical spectacular that showcased the award-winning talent of more than 35 performers from around the world and thrilled Hawaiian audiences.

The Super American Circus at PIC, a traditional circus with a modern twist, is a fast-paced 90-minute show that entertains audiences from start to finish. The show features performers from around the globe experienced in thrilling audiences of all ages. For more information about the show, visit here  or call 671-864-9425.

PIC is the largest hotel property on Guam. PIC opened in 1980 and includes 777 guestrooms, 7 food and beverage outlets, an amphitheater, a swim-thru aquarium, and a 10-acre waterpark. PIC is owned and operated by P.H.R. Ken Micronesia, Inc. For more information, visit here or call 671-646-9171. 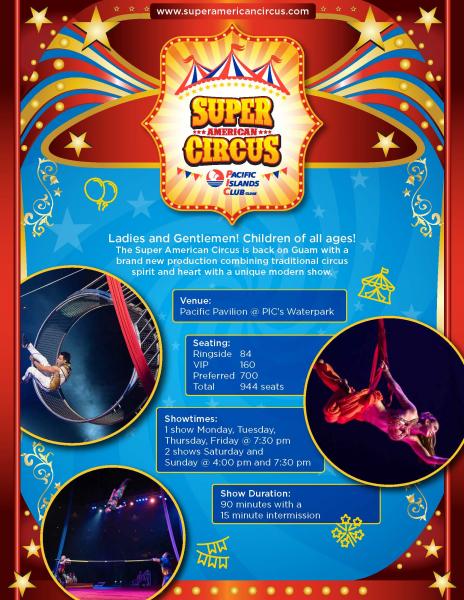 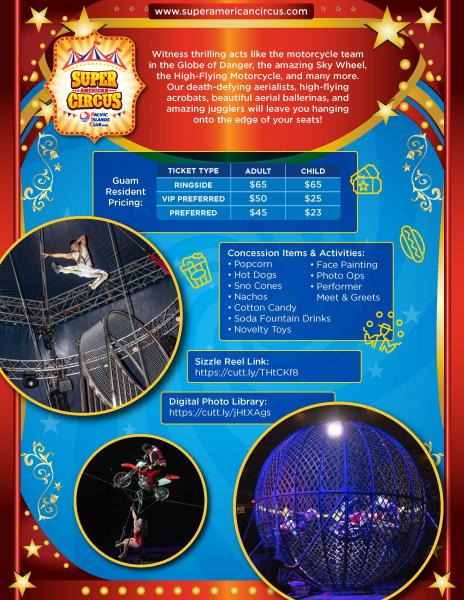 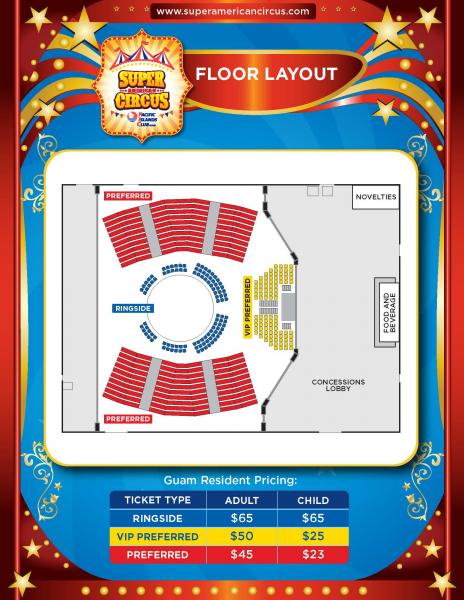 Travel industry sits up and takes notice of pets